There are only a few iconic airlines that people from different parts of the world know about, and one of those airlines is Emirates. The said airline, which is named after its country of origin, the United Arab Emirates, is the largest airline in the UAE and is also one of the only two flag carriers in the country, with the other one being Etihad.

15% OFF on Your Eid Vacation

One of the biggest reasons why the airline’s name is popular is because it is shown prominently in the jersey of Real Madrid, one of the most popular football clubs in the world. However, Emirates is also known for providing high-quality services for its passengers or customers. You can easily acquire a plane ticket to Emirates if you are living in the UAE, as you can just use a Booking.com promo code to get the best prices for Emirates flights. With the flight of Emirates being readily available online, it is evident that the airline is quite popular with tourists and locals in the UAE. To know more about this airline, here is a brief history of Emirates. 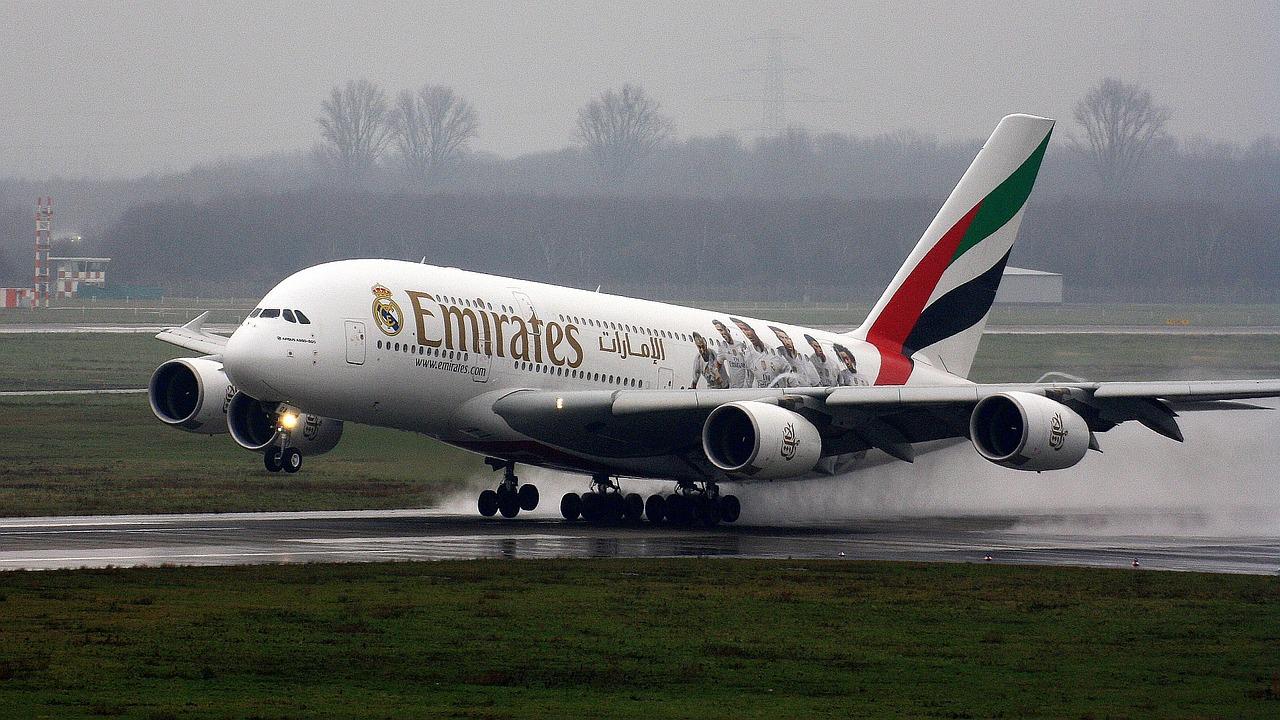 The Founding of Emirates

The Emirates airline was founded in March 1985 through the backing of Dubai’s royal family. The airline was required to operate independently of government subsidies, although there was about $10 million in the government’s budget added to the funding of the airline. The creation of UAE’s own airline was a response to Gulf Air (a state-owned airline that serves as the flag carrier of Bahrain) pulling out its services in Dubai during the mid-1980s.

The Pakistan International Airlines was instrumental in the quick progression of Emirates during its early years, as they provided administrative and technical assistance to Emirates while also gifting two new passenger planes. In addition, the Dubai Royal Air Wing, which is the paramilitary airline of the UAE, provided two used planes. The very first flight of Emirates occurred on October 25, 1985.

In order to have proper management for the airline, the UAE government hired Maurice Flanagan, a former executive at British Airways, the British Overseas Airways Corporation or BOAC, and Gulf Air, as the chief executive officer (CEO) of Emirates. The CEO duties would later be inherited by Sheikh Ahmed bin Saeed Al Maktoum, a member of Dubai’s royal family.

During the first year of Emirates’ operations, the airline was able to carry more than 260,000 passengers and about 10,000 tons of freight. Because of the success of Emirates, its competitor Gulf Air suffered a 56% drop in profits in the following year after Emirates’ founding. In 1986, Emirates added new destinations like Cairo, Dhaka, Colombo, and Amman to the airline’s route network. The following year, Emirates added Maldive and Frankfurt via Istanbul as new destinations. By 1991, Emirates was able to expand to the Far East market by adding Singapore, Bangkok, Manila, and Hong Kong to the route network.

Emirates as a Fast-Growing Airline

In the early 1990s, Emirates became one of the fastest-growing airlines in the world, as its revenue increased to $100 million every year. Through the partnership with US Airways, Emirates was able to offer round-the-world services starting from the autumn season of 1993. In 1996, Emirates expanded its Singapore route to include Melbourne. You can easily get affordable flights from UAE to Melbourne by using Booking.com deals and searching for Emirates flights for specific days.

In May 1998, Emirates purchased a 43.6% stake in SriLankan Airlines (previously known as Air Lanka), which required them to pay $70 million to the Sri Lankan Government. Through a deal, Emirates became the manager for the SriLankan Airlines for ten years. The management contract ended in April 2008, and Emirates sold back its stake in the airline to the Government of Sri Lanka for $150 million.

At the start of the 2000s, Emirates planned to create long-haul services for the West Coast and East Coast of the US, and also non-stop flights to Brazil and Australia. Because of the effort to increase flights, the passenger figures of the company increased to 18%. However, when the recession in the early 2000s occurred, Emirates began to struggle financially, especially during the aftermath of the Colombo Airport bombing in 2001. Then, following the September 11 attacks, Emirates continued to struggle as passengers began canceling flights out of fear.

However, Emirates quickly bounced back during the mid-2000s, as airlines and the aeronautics industry began to become profitable once again following the horrific events of the early 2000s. Throughout the 2000s, Emirates steadily gained more passengers in North America and South Asia. By 2009, Emirates became the world’s largest operator of the popular Boeing 777 passenger plane.

Unfortunately, Emirates received criticism from other airlines due to the unfairness of its growth. Two of these airlines that criticize Emirates are Air Canada and Lufthansa (Germany’s flag carrier), who complained about the expansion of Emirates in other countries. Because of the rift between Emirates and the two flag carriers of their respective countries, Emirates wasn’t able to expand their services in Canada and Germany.

Increasing Influence of Emirates in the Industry

In 2012, Emirates and Qantas (the flag carrier of Australia) created a 10-year partnership wherein their flights would be connected with fluidity and accuracy. The partnership would then be extended until 2023. At the 2013 Dubai Air Show, Emirates created the largest order of passenger planes, and it is estimated that they have used about $166 billion to place the order. Then, in 2017, Emirates ordered several Boeing 787 Dreamliners for $15.1 billion, and the first deliveries of these planes would start in 2022. The order for these planes was announced during the 2016 Dubai Air Show.

Why You Should Visit the Sharjah Safari Park