There are dozens of different tourist attractions in Dubai, so you wouldn’t really run out of places to go once you visit the beautiful city. But, if you want to see some of the newest and most amazing structures in Dubai, one of the best places that you can go to is the Infinity Bridge.

The Infinity Bridge is a 300 meters long and 22 meters wide bridge that serves as a link or connection between the Bur Dubai and Deira areas of the city. The bridge features numerous lanes for vehicles, and it also has a 3-meter track that is intended for cycling and pedestrian use. If you want to use a booking.com promo code to book plane tickets and hotel accommodations in Dubai, then you should definitely visit the Infinity Bridge. To learn more about this amazing structure, here is the background and history of the Infinity Bridge in Dubai. 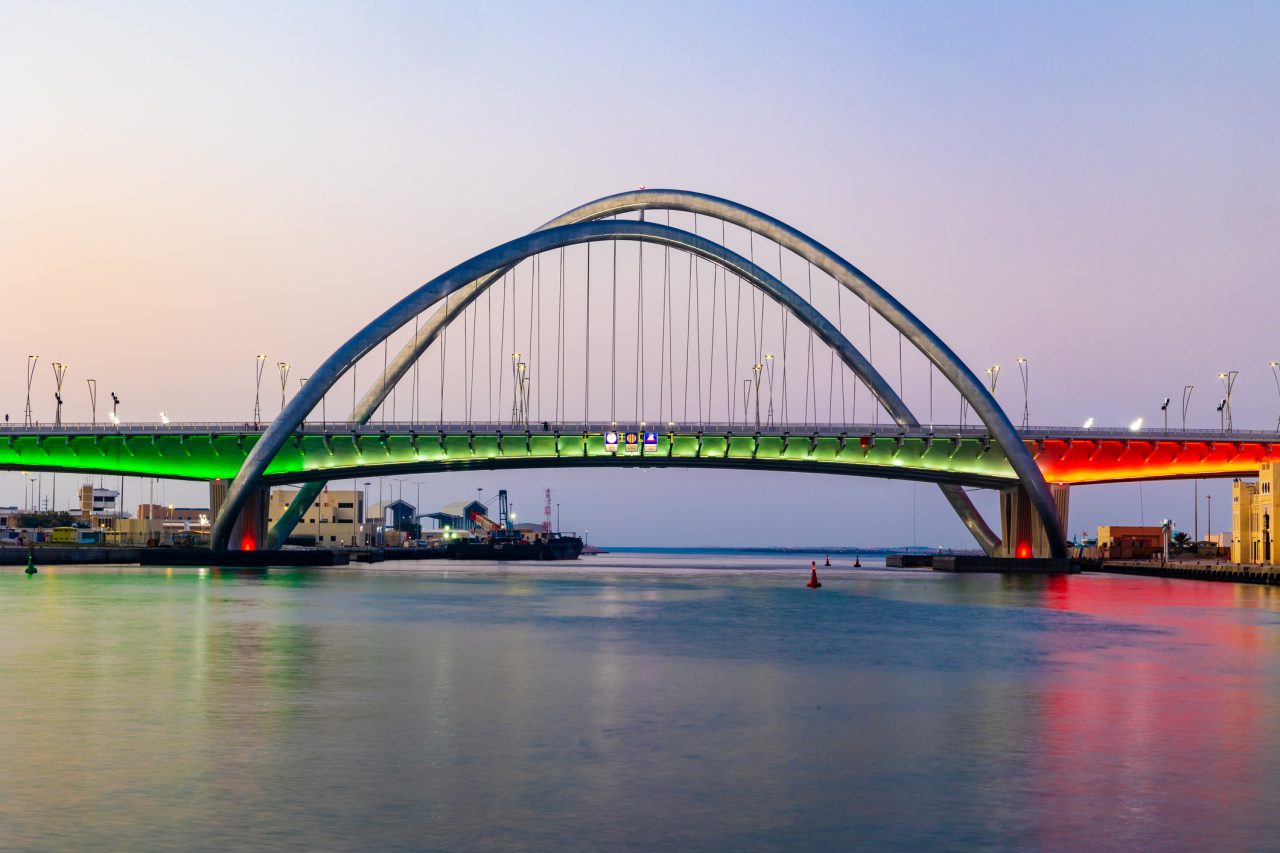 Before the Dubai Infinity Bridge was even planned for construction, there was already another Infinity Bridge that had existed since the late 2000s, and this bridge is located across the River Tees within the borough of Stockton-on-Tees in the northern area of England. The original Infinity Bridge served as a connection for the Teesdale Business Park and the University of Durham Queen’s Campus to the North Shore.

The Infinity Bridge in England was designed by the Expedition Engineering and Spence Associates, who were a group of designers that won the 2003 RIBA Competition’s architectural design competition for a proposed footbridge by the White Young Green Group.

The bridge got its infamous name because of the two arches connected by a reflex piece that holds the arches together, thus making the arches look like one continuous curve. Then, when the arches are reflected on the waters of the river below, the overall shape looks like an infinity sign.

The infinity sign that the arches make is even more visible at night, as the bridge is illuminated by lighting that was designed by Speirs and Major Associates, who is also known for designing the lighting for the Burj Al-Arab luxury hotel in Dubai.

During the nighttime, the handrail and the footway of the bridge are lit using custom-made blue-and-white LED lights that have sensors that change the colors from white to blue. The steel cable ties that hold the arches also have LED lights that make the reflection of the arches more visible on the water.

The Infinity Bridge in England was officially opened on May 14, 2009, and the opening featured a sound, light, and animation show, as well as parkour freerunners that entertained the audience with a performance where they climbed the arches of the bridge while holding flares.

The Infinity Bridge in Dubai was planned in 2016 to be part of the Shindagha Corridor Project, which involves several projects and structures in the areas surrounding the Al Shindagha Tunnel. As previously stated, the bridge is about 300 meters long and 22 meters wide, and these dimensions allow the bridge to accommodate at least 24,000 vehicles per hour. There are six lanes available for each direction, so the bridge has quite a wide road.

Although the structure was scheduled to be completed in 2027, the Dubai Infinity Bridge was already open to the public in 2022. In order to ease the traffic within the Infinity Bridge, there are two circular roads that are set up near the bridge. The first circular road is an extension that goes from Sheikh Rashid Street and runs along Al Mina Street, Cairo Street, and Al Ittihad Street. The second circular road is an internal road that also goes from Sheikh Rashid Street but ends up at Umm Hurair Street.

In addition to having a visible infinity sign, the Infinity Bridge also serves as a symbol for the city’s unlimited ambitions for growth and advancements. Be sure to find booking.com deals so that you will save money for hotel accommodations in Dubai if you plan on visiting the Infinity Bridge.

Because of the massive size of the bridge, the project to construct it is divided into five phases. The construction started in 2016, and the completion rate for the bridge has already reached 85% as of early 2022. By the time it is completed, the Infinity Bridge is expected to cater to more than one million people that are visiting or living in Deira Islands, Dubai Maritime City, Port Rashid, and the Dubai Seafront. In addition, authorities estimate that the completion of the bridge would reduce travel time from 104 minutes to only 16 minutes by the year 2030.

The Shindagha Corridor Project is said to also improve several structures within Al Khaleej Street and several other areas near the Infinity Bridge. The phase of this project is said to be complete by 2025. Moreover, the project also includes 1.5 kilometers long bridges that lead to Deira Islands to the south, and this phase will be completed by 2027, which is also the year when the Infinity Bridge’s construction would be 100% finished.

As Dubai is continuing to become bigger in terms of economy and population, it is expected that the authorities and developers within the city would create more structures that can help their people navigate around the city faster and easier. So, after the completion of the Infinity Bridge in 2027, we should already expect that there would be another new structure in the city that is both focused on aesthetics and utility.

It wouldn’t be a surprise if Dubai becomes one of the top tourist destinations in the world in the near future, so while there are not yet too many tourists going to the city, you should already visit it and take a look at the Infinity Bridge and other attractions that Dubai has to offer.