When it comes to shoes or sneakers, one of the most popular and classic shoe brands that people know is Converse. The Converse company was founded in 1908 in the US state of Massachusetts and has been a subsidiary of Nike since 2003. Although it has been making shoes since the 1900s, its claim to fame was formed in the 1920s, when the Chuck Taylor All-Stars, which is named after American basketball player Chuck Taylor, was created. 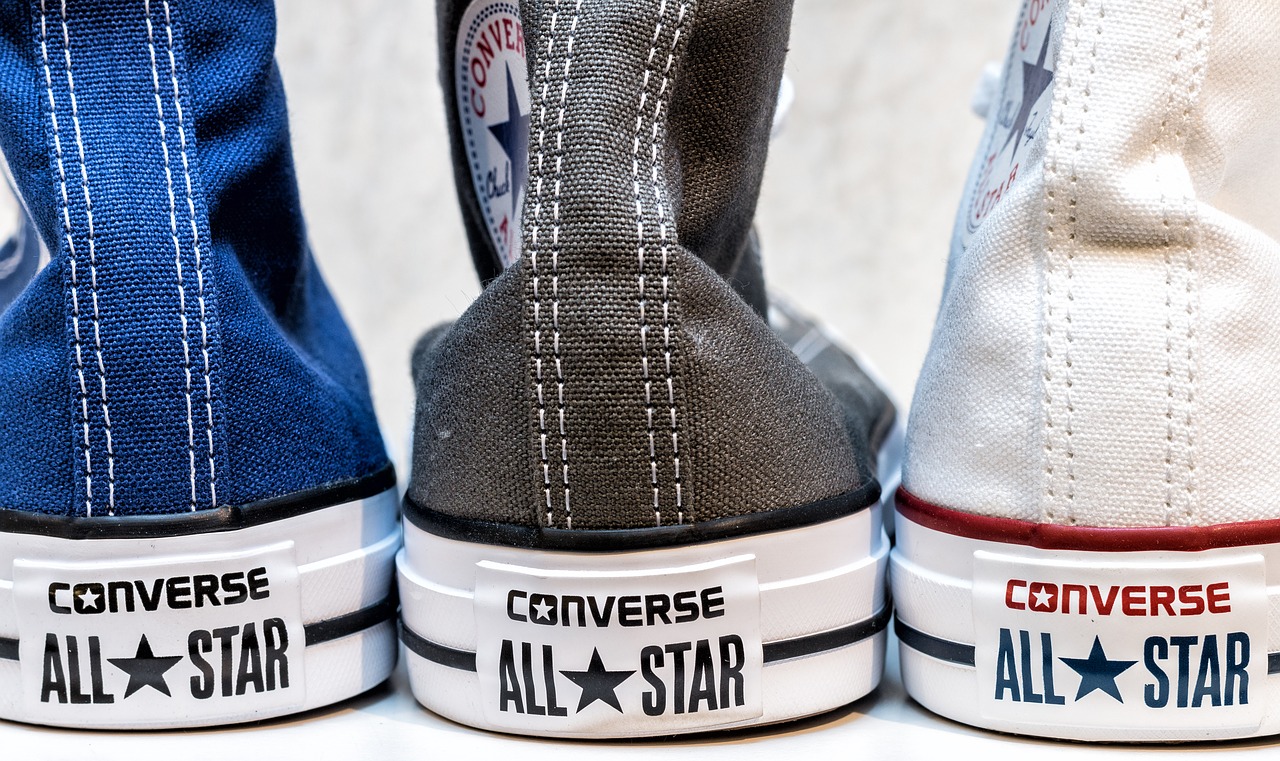 Another popular variation of the Chuck Taylor All-Star is the high-top version in white. Much like the black Chuck Taylors, the white version is also very versatile, although it would usually fit more with lighter-colored outfits since it provides subtlety so that the top you are wearing will shine a little bit more.

The reason why the white Chuck Taylors are not as popular as their black counterpart is that many people are scared to wear white shoes because they can easily get dirty. But, if you are the type of person that is careful about where you step on, you wouldn’t have to deal with the dilemma of wearing white shoes.

What’s great about the Chuck Taylor Ox is that it can also pair well with almost any outfit, although some might say that it is more versatile than the high top. In addition, many would also say that low-top Chuck Taylors are much more comfortable to wear since they won’t restrict your ankles, and they won’t feel too warm since low tops cover less of your feet. You can use a Vogacloset promo code on the Vogacloset website to get the All-Star Ox for a lower price.

For those that want to rock an all-black or monochrome outfit, they should wear the Chuck Taylor All-Star Mono High Top. While the regular black Chuck Taylors have a white midsole and gum (brown) outsole, the Chuck Taylor Mono features a black outsole and midsole that is perfect for people that don’t want shoes that are too flashy. Moreover, the iconic Chuck Taylor logo at the inner sides of the shoes is also in black, so the shoes are completely monochrome.

If you are looking for stylish platform shoes that have the classic Chuck Taylor look, you should take a look at the Chuck Taylor All-Star Lift, which features a midsole that is much higher than the regular Chuck Taylor midsole.

Platform shoes are usually worn by women that want to appear much taller than their normal height, but it is also worn by those that want to highlight their shoes or bottoms more than their top. Wearing platform shoes may take some time to get used to since your feet will feel unnaturally too high from the ground, but it would feel more comfortable to wear eventually.

Furthermore, it also has a slimmer profile compared to the regular Chuck low top, so this shoe is more suitable for people with smaller or thinner feet. Despite being lower and slimmer, the Dainty still features support and cushioning, as it has a TPU heel counter and EVA insole.

The branding of the All-Star Ox Mono is also in white, so it is very “lowkey” to wear and is possibly more versatile than any other Chuck Taylor version. Wear this with any light-colored outfit so that your shoes won’t grab too much attention from the outfit’s overall look.

And those are the best and most stylish Converse shoes that you can buy in Vogacloset and other online shops. Be sure to compare the prices and the look of each version of the Chuck Taylor to know which one is the most suitable for you.

Complete Your Look With An H&M Bag