In the cosmetics and personal care industry, fragrances or perfumes are some of the most highly sought-after products in the market. One of the reasons why perfumes are so popular is because it is very important for most people’s personal hygiene, as smelling good is sometimes essential in socializing with others or for boosting self-confidence. In fact, what you smell would often determine how people perceive you, and if you smell nice, that means that you take a lot of time taking care of yourself, which would then allow people to think of you as responsible and confident. 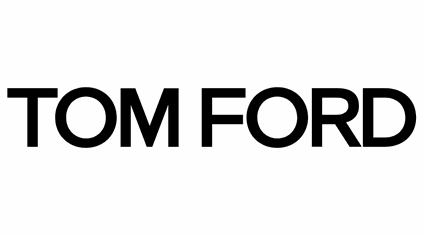 What is the Tom Ford Ombre Leather?

This perfume has the top notes of cardamom, a spice that is typically made from the seeds of various aromatic plants. Cardamom is native to subtropical and tropical Asia, particularly in Malaysia. However, the spice is also cultivated in Guatemala and Tanzania.

The middle notes of the Tom Ford Ombre Leather are jasmine sambac and leather. Jasmine sambac, sometimes known as Arabian jasmine or Sambac jasmine, is a species of jasmine that is native to tropical Asia, but it has since been cultivated in other regions like Central America. The Jasmine sambac is particularly known for its sweet fragrance, which matches well with the strong smell of leather, as it can lower the latter’s overpowering scent.

Then, the base notes of the Ombre Leather are amber, moss, and patchouli. Moss is a common flowerless plant that gives off a very earthy and fresh scent, while the patchouli has an aromatic minty scent that also adds to the freshness of the perfume. Amber is particularly used to enhance the sweet and spicy scents of the perfume.

People that have used the Tom Ford Ombre Leather would describe its scent to be flowery and sweet at the same time. However, its middle notes of leather are still quite prevalent in its overall fragrance, although the leathery scent is less musky and is actually milder compared to most perfumes that are based on leather.

The flowery scent of the Ombre Leather Parfum is attributed to the top notes of violet leaf and cedar. In addition, while leather is a middle note of the original Ombre Leather, it has been moved down as the bottom note for the Parfum version. So, the fragrance can be described as a less musky smell, which is arguably one of the most popular scents for men. The Ombre Leather Parfum is generally formulated to cater to women, but there are also men who like a lighter smell compared to most perfumes made for them.

What is the Tom Ford Brand?

Now that we have talked about several pieces of information about the Ombre Leather, let us discuss the brand that made one of the most popular fragrances possible, Tom Ford. This brand is a luxury fashion house that was founded by renowned fashion designer and filmmaker Tom Ford in 2005.

Tom Ford, whose full name is Thomas Carlyle Ford, founded his own fashion house when he resigned as the creative director of Gucci in 2004. Tom Ford’s fashion house is considered the first true luxury brand of the 21st century, as a lot of the popular fashion brands during the said century were already quite old. In addition, the industry has also become stale, as older brands would often not give new designers and fashion houses a spotlight to shine. So, Tom Ford was able to break the mold by becoming one of the first fashion house owners to truly become popular within the industry in just a few years.

The Tom Ford brand was officially launched in 2005 when Ford created a deal with business partner Domenico De Sole to release a cosmetics line, which became a hit. Then, Tom Ford was able to launch a line of optical frames and sunglasses through a partnership with the Marcolin Group.

Because of the brand’s popularity, Tom Ford then opened the first directly owned flagship boutique on Madison Avenue, New York City, in 2007. Next, in 2010, Tom Ford released the brand’s first women’s ready-to-wear collection at the flagship boutique. The launch of the said collection was attended by numerous celebrities and high-profile personnel, including Rita Wilson, Julianne Moore, and Beyoncé.

Tom Ford’s fashion house is widely regarded as one of the most well-known brands today. With the launch of the Tom Ford Ombre Leather in 2018 and the Ombre Leather Parfum in 2021, it is already expected that the brand will still be at the top, as the two perfumes are still on the best-sellers list of many physical and online shops, for instance, 6th street code or Sivvi code.